Join me as I talk with, Sam Sleney, one of the folks behind SINS The Roleplaying game currently on Kickstarter. SINS is a narrative role-playing game, specifically focused on telling the stories of powerful entities known as Nemissaries - reborn individuals back from the dead with a wealth of mysterious powers, who have risen once more to fight an eldritch hive-mind of the undying, known as the Brood, in the post-apocalyptic ruins of a 22nd Century Earth.
You can check out SINS The Roleplaying Game on Kickstarter here:
https://www.kickstarter.com/projects/983623045/sins-the-roleplaying-game 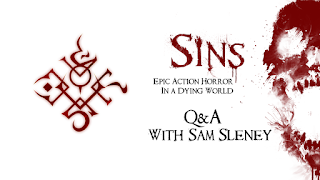